The COVID pandemic and the cancellation of a traveling exhibit provided me with an unexpected opportunity to work with my local museum – the Pratt Museum in Homer, Alaska – to co-curate an exhibit about natural history collecting in the local area. Museum curator Savanna Bradley and I selected objects from the 24,000+ specimens in the museum’s natural history collections to illustrate and explore the theme of shifting baselines in societal attitudes and museum practices on the collection, curation, and uses of natural history specimens. The exhibit opened on July 9 with COVID precautions in place and ran through September. 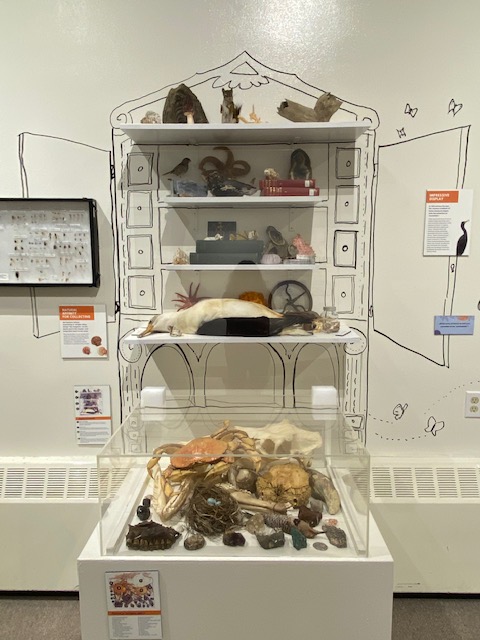 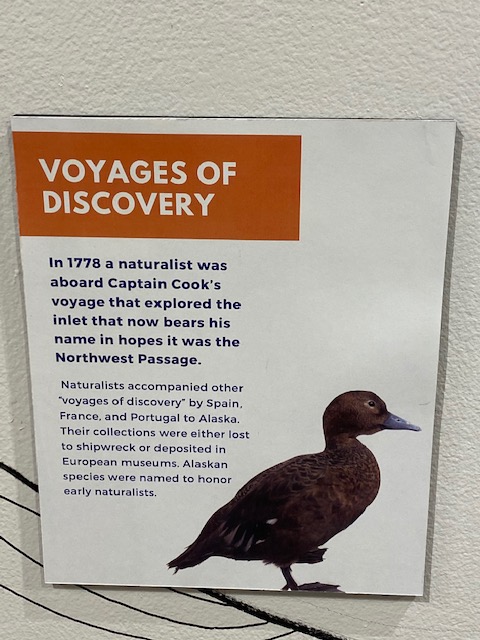 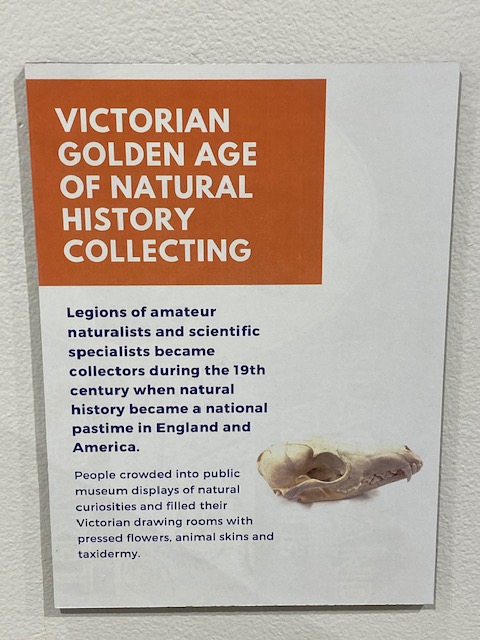 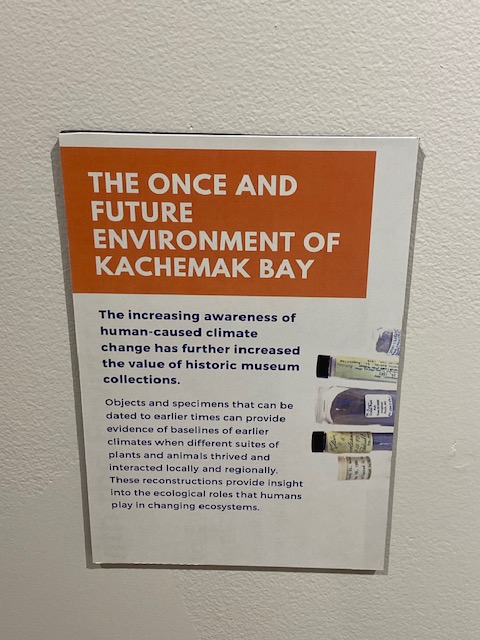 The exhibit focused on the “western” museum tradition that began as private “cabinets of curiosities” owned by European aristocrats. These became the nucleus of national public museums which received the scientific specimens collected by Russian and other European naturalists who first reached Alaska in the late 18th century through “voyages of discovery” by colonizing nations. After the U.S. purchased Alaska, American naturalists and scientists organized collecting expeditions on behalf of U.S. national museums to the territory of Alaska, including to Kachemak Bay, in the late 19th century. The Pratt’s collections began with the donations of private collections in the 1950s and they now serve the mission of a place-based community museum. Savanna, a talented artist, provided whimsical drawings of the “cabinets” typical of museum displays of different eras and additional artwork to tie the displays together.We gave museum visitors opportunities to ponder the future of natural history museums, as attitudes have shifted toward conservation of species once collected in large numbers and collections are beginning to serve as baselines to monitor changes related to a rapidly-changing climate.

As we were developing the exhibit during a period of heightened attention to racist and colonial aspects of institutions, including museums, we decided it was important that the exhibit include an acknowledgement of the broader context of the western museum tradition as one rife with colonialism, racism, and misrepresentation. I also wrote an exhibit guide “Diving Deeper” to provide this broader context, with emphasis on the Indigenous knowledge and languages that were largely ignored until relatively recently and cultural aspects of scientific and common naming conventions.

Exhibit-related programs included:
– A First Friday virtual event in September featuring readings from my book and one by local author Nancy Lord from her book Green Alaska about the famous Harriman Expedition to Alaska in 1899: https://www.facebook.com/prattmuseum/videos/922866088122918/?comment_id=922907694785424&notif_id=1599278252239718&notif_t=comment_mention&hc_location=ufi
– An on-going radio series “Sound Collections” was kicked off by my interview about my own collections in my “home museum” followed by interviews of a diverse group of other local collectors.